How (Not) to Get Blacklisted by a Recruiter? 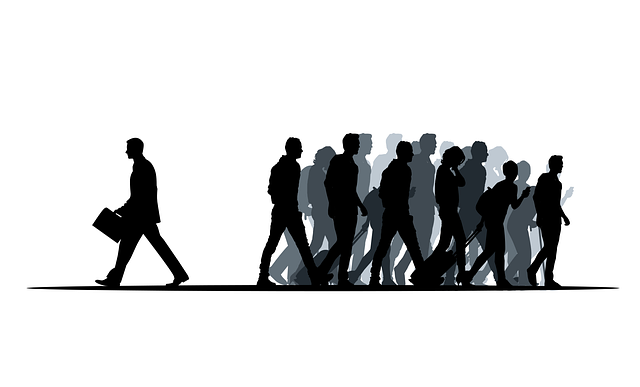 Legend has it that companies keep blacklists of unwanted candidates to make sure they do not hire them anytime in the future. But do the blacklists really exist? Is it true that a recruiter would blacklist anyone based on their previous encounter with such a person and that if you once get on a list, you stand no chance of being employed by a particular company? There are no simple answers to these questions as not many companies will openly admit to maintaining a black book of people who are not welcome in their corporation; however, a black list is a real thing, even if it does not take the form of an actual register. What is more, the black list, even if kept off the record, or candidate's bad reputation may reach far beyond the company premises.

The majority of job seekers follow the standards of the recruitment process, therefore you don't often see the recruiters blacklisting job applicants. Such a situation is an extremity as it does not benefit any of the parties. To start with, the candidates do not want to burn their bridges and limit their options with a potential future employee. Finally, a company hiring specialists does not profit from reducing their talent pool.

Obviously, a recruiter can end up blacklisting somebody when they discover that the candidate inflated their qualification or lied in the resume. But normally it would take more than that for an employer to decide that you are the kind of person they do not want to work with anytime in the future and earning a new credit would never be on the table.

Apart from evident mistakes one can make during a job interview, there are less obvious reasons why a prospective employer might refrain from hiring you. Let's explore a couple of cardinal mistakes which may later result in being blocked in recruitment.

Playing Hide and Seek With the Recruiter

Imagine a candidate who went through the first stage of the job interview. They seem interested in the position and make arrangements to take another step which would be a technical interview or a meeting with a potential employer. However, at the end of the day, the candidate cannot be reached in any way and does not show up at the meeting, despite previous arrangements. Since time is one of the most important aspects in every person's work, squandering the hiring manager's time may make them feel the need to block the candidate forever.

No Call No Show

Another example is a candidate who successfully gets to the end of the recruitment process and agrees to accept the job only to not show up on their first day of work and fail to inform about their decision. Ghosting a recruiter or a prospective employer is deemed unacceptable and may result in company not wanting to deal with you anytime in the future.

Depending on the situation, no call no show might have a substantial impact on a company. One needs to bear in mind that skipping interviews without prior notice, does not only waste the recruiter's time but also is a disturbance of the company's operation and may undermine the recruitment company's image in the eyes of their clients. In extreme cases, it may lead to irreparable damage such as lost contracts. Therefore, no call no show is considered the most serious mistake a candidate can make in the employment process.

Since the IT recruitment form is often casual and off the cuff, it is common for an employee to take part in a job recruitment without an intention of ever accepting the job offer. Headhunters and HR specialists, on a quest to find the best employee, tend to reach out to IT specialists casually, for example on social media. Such professionals may not even be searching for a job when they get offered a position. 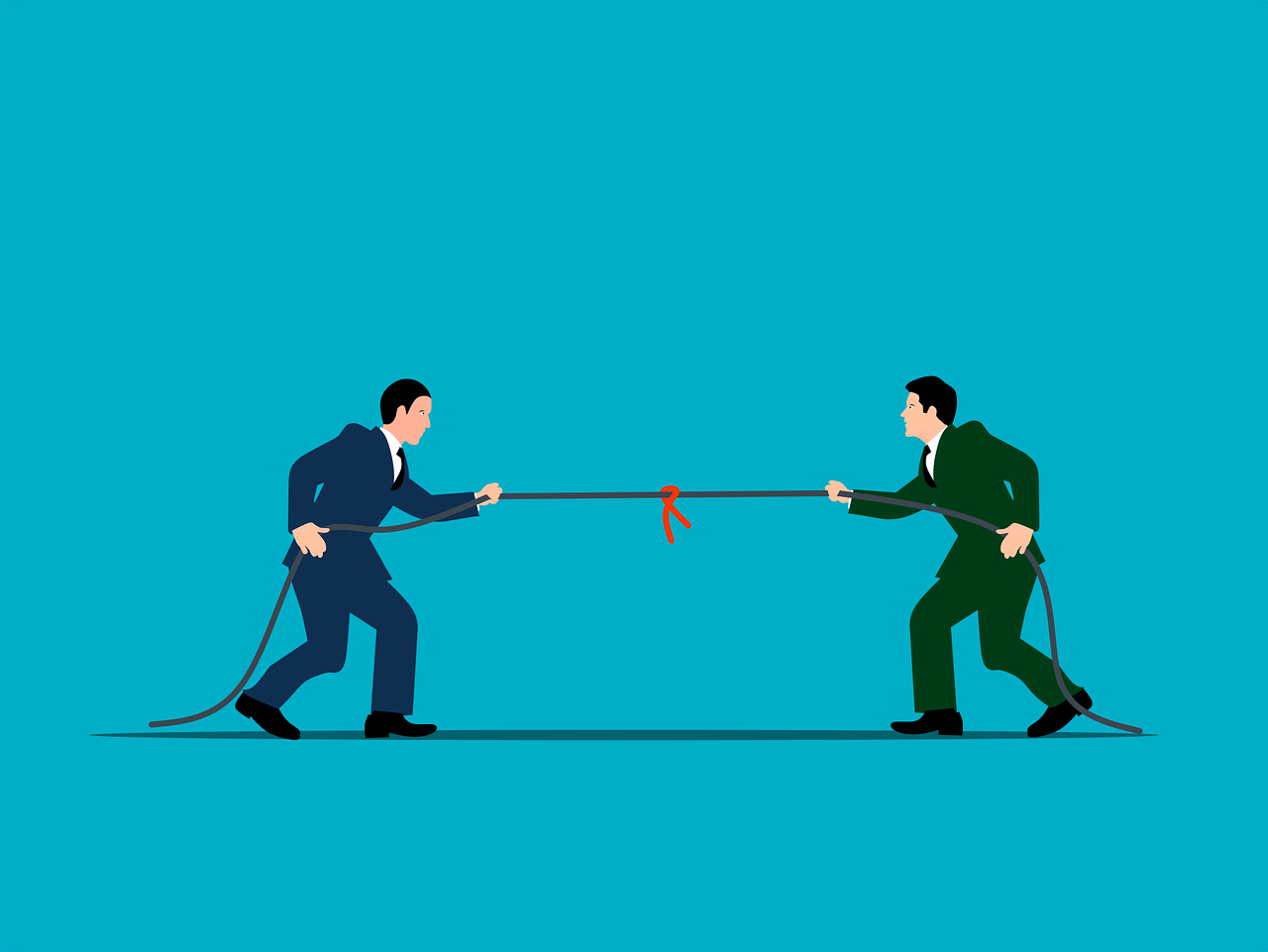 However, being involuntarily approached by a recruiter, they take this offer up only to play Tug of War. At this point, the candidate lays out a set of their exorbitant financial requirements only to see how big a slice of the cake they can get. Generally, the recruiter can sense that such a person is not interested in the offer but they only want to get to know the current pay rates and change the job only if they are offered much more than in the current position.

This leads us to the next reason, which is..

As this one may not necessarily get you blacklisted, it might be a major red flag for a potential employer. Job hopping has some upsides, such as gaining greater experience, deepening one's skills and gives a notion that you do not fall behind on what is happening in your work sector.

On the other hand, the business owners are more likely to go with the candidate who was not involved in too many jobs, especially in recent years. Owing to high recruitment costs, the employer may opt for the applicant who presumably displays a higher likelihood of long-term commitment. Having too many jobs listed in the resume could lead to speculation as to why you held the position for such a short amount of time and consecutively will result in you not landing a job you applied for.

The last reason is again connected with time. As we all know, time is money, therefore, some recruiters find it frustrating when they feel that they are about to close the deal only to find the candidates starting to get petty. Suddenly, the contract details start to raise the candidates' concern, they have a bunch of additional questions (which is by no means a bad thing) until the recruiter notices that the only purpose of them is to win as much time as possible.

Pursuing the best possible conditions or just playing for time, whatever the reason, it is worth looking for more optimal way to handle such matter. Considering the dynamic of the IT industry, such an attitude costs the hiring party a lot of time and, on account of that, the recruiter might lose interest in hiring the candidate.

The situations which trigger the recruiters to blacklist someone take place only sporadically, and you would need to go to great lengths to cross the line and end up on the black list. Keeping such lists is supposed to protect the recruiter and ultimately the company from employees, who have already branded themselves as unreliable.

All in all, it is noteworthy that blacklists apply to both: applicants and the recruiters. Both sides should remember to follow recruitment best practices in order to make the whole process the most fruitful for all the parties involved in it. Losing a good name is neither in the interest of a candidate, who has been building their brand and might forfeit a big part of it just by one unfortunate interview, nor is it good for the recruiters and a company, who aim at hiring professional employees. Mutual respect is what all of us should be striving for, as later our attempt to mend fences and get a new credit may not be recognized.

Katarzyna Zarzycka graduated from the University of Wroclaw where she earned a M.A. in English Philology. She continued her education in Computer Systems Institute in Chicago successfully completing Sales & Marketing program. She has been teaching English as a second language since 2010.

Posted on Fri, October 28, 2022
What Is IT Outsourcing and How Can It Benefit Your Business?
What IT services are most often outsourced? Is outsourcing profitable? Learn more about IT outsourcing.
Read more

Posted on Fri, October 1, 2021
Boost Your Business With Outsourced Software.
Can software outsourcing benefit your business? Get to know sample solutions and find out what you will gain from them.
Read more 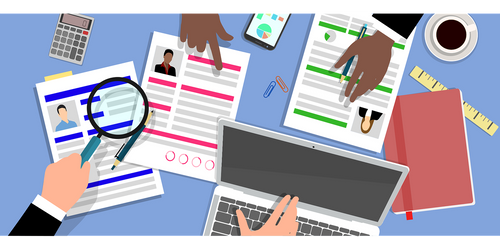 Posted on Fri, November 5, 2021
IT Recruitment - How to Effectively Acquire IT Employees?
IT recruitment is one of the most challenging. Learn how to acquire IT specialists for your company.
Read more